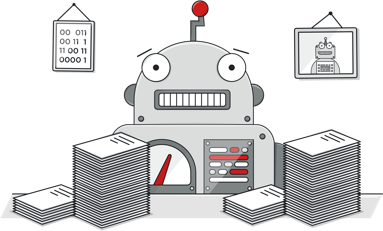 The Consulting Army approach is labor intensive. It is repetitive. It is somewhat programmatic. So, IBM developed a cognitive cloud solution that’s powered by Watson to change the way regulatory compliance is met and maintained – the Super Computer approach. According to IBM, Regulatory Compliance Analytics (RCA) streamlines the identification of potential obligations in regulations. Because their super computer Watson has taken the place of the Consulting Army, while they can’t reduce the tasks involved in crosswalking, they can reduce the time it takes to accomplish those tasks.

The Super Computer approach leverages cognitive Natural Language Processing (NLP) to streamline the identification of potential obligations and controls. Instead of humans doing the text tagging, the Super Computer uses its NLP engine to do the tagging. A sample sentence passed through such an NLP engine is shown below.

The problem with the Super Computer approach is this – they don’t understand the nuances of English. English is hard. Writing well is hard. Many Authority Document authors and editors aren’t great at English. They do stupid things like use acronyms in their Citations, such as the sentence above. So what happens is, the Super Computer tries to tell you that the gist of the sentence above is for your organization to define and scope terms. That’s not at all what the sentence is about. Properly tagged, the sentence would appear the way it does below so that the gist is to define the scope of the Business Continuity Management Systems.

It still takes humans to properly decipher poorly written English. While the Super Computer can speed up much of the approach, left to itself it would only turn out a lot of gibberish quickly.